Kane Farrell is a UK-based semi-professional footballer from Hertfordshire who plays primarily as a left-back. He started his career as a youngster at Southend United and has made appearances in friendlies, including against Tottenham Hotspur. He has also made a number of appearances for Southend reserves against teams like QPR, Colchester United and Oxford United.

He is a regular starter for Biggleswade United in the Spartans South Midlands League in Bedfordshire. Over two seasons he has providing numerous assists from the left-back position, deputising as a left-wing back when required and scoring two goals from open play.

He recently travelled to Spain to take part in pre-season matches in the Spanish football league, coming back stronger as a footballer, having gained some valuable experience.

Kane steps up 2 levels to sign for Kingslangley FC. in 2019

Check out the video section for clips of his performances, or check out the photo gallery to see him in action, including a previous loan spell at Witham Town. For availability enquiries, please contact us using the online form, call Steve on 07860 504054 or drop us an e-mail at kane@onixsystems.co.uk. 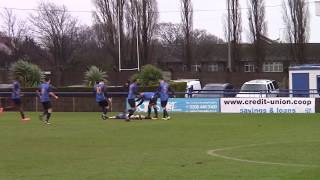 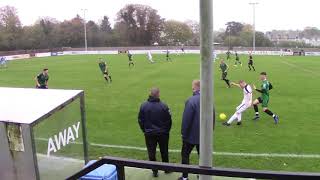